Researching And Studying The Possibilities Of The "Trans-Caspian" Transport Corridor

On October 25, a meeting of the State Customs Committee management with the Japanese delegation visiting Azerbaijan was held at the ROCB Europe to investigate and study the possibilities of the "Trans-Caspian" transport corridor.

First Deputy Chairman and Acting Chairman of the State Customs Committee of the Republic of Azerbaijan, Mr. Shahin Baghirov noted the interest of the Japanese side in the "Trans-Caspian" transport corridor and stated that the visit of the delegation for this purpose would be successful.

The history of the creation of the "Trans-Caspian" transport corridor, its importance in the revitalization of the Silk Road, and the fact that it is an important route connecting Europe and Asia, it was pointed out that this corridor, which is geographically and economically efficient, is attractive in terms of international trade as well as tourism opportunities.

In order to increase the transit potential of the Azerbaijan, further simplification and automation of customs procedures, as well as obtaining uniform information on transit operations, are being carried out together with relevant state institutions. 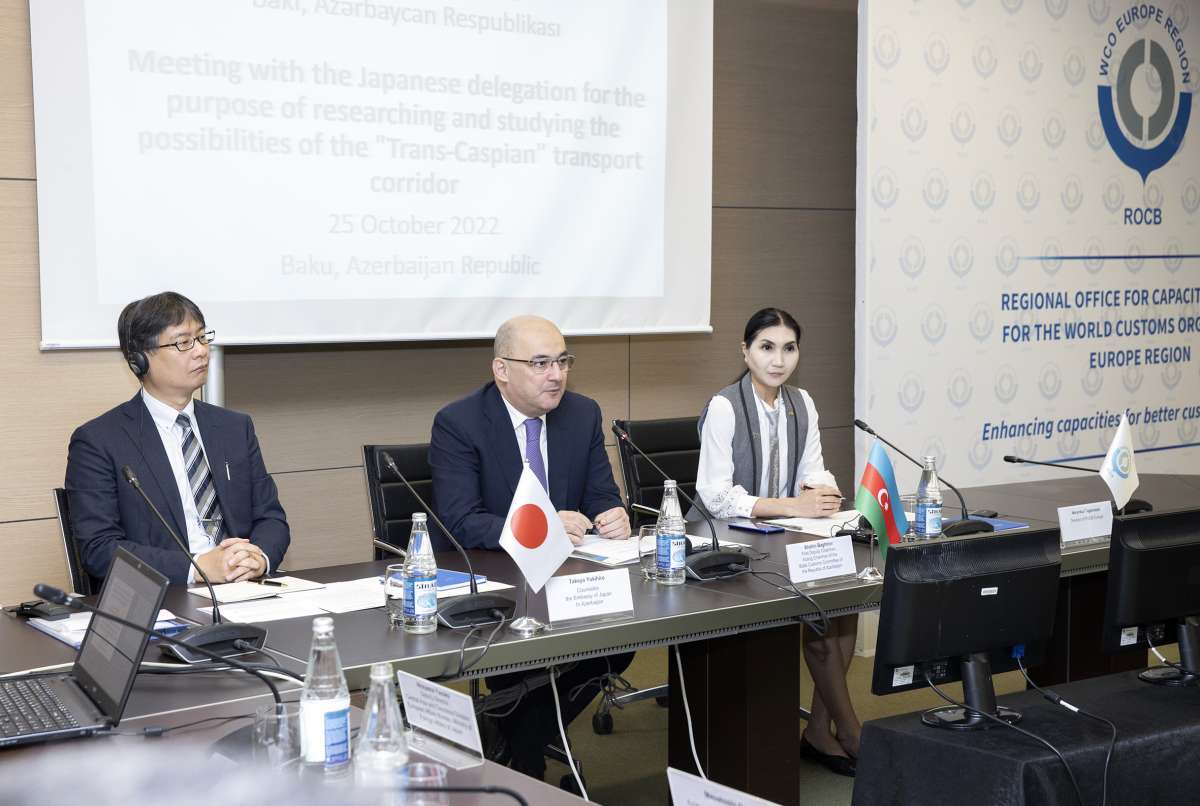 Ms. Narynkul Tagainazar, Director of ROCB Europe, emphasized that Azerbaijan has become a leading country in the creation of modern transport and logistics infrastructure in the Eurasian space, and expressed confidence that the "Trans-Caspian" transport corridor will greatly contribute to the development of economic and trade relations between the countries of the region.

Having a look at the current geopolitical situation in the world, Counselor of the Embassy of Japan in the Republic of Azerbaijan, Takeya Yukihiro said that the transport corridors passing through such geographies of great importance and pointed out that the business subjects of his country are also highly interested in the "Trans-Caspian" transport corridor.

Then, the State Customs Committee of the Republic of Azerbaijan held a presentation on "Customs procedures and operations" and answered the questions of the guests.