Analysts from the Customs Criminal Service (CCS) have assessed the results of last year's fight against cigarette smuggling: almost all as early as 2019. the forecasts and trends published in the autumn were confirmed and highlighted last year.

Counting cigarettes seized by customs criminals during pre-trial investigations revealed that nearly 60 million people were caught by officers last year. EUR 16.6 million worth of illicit smokers. packets. By the way, in 2019, there were also record highs, with 8.2 million arrests respectively (and 6 million in 2018) packets of smuggled cigarettes. Also in 2020, 28.4 tons of tobacco were also seized (21.6 tons in 2019). 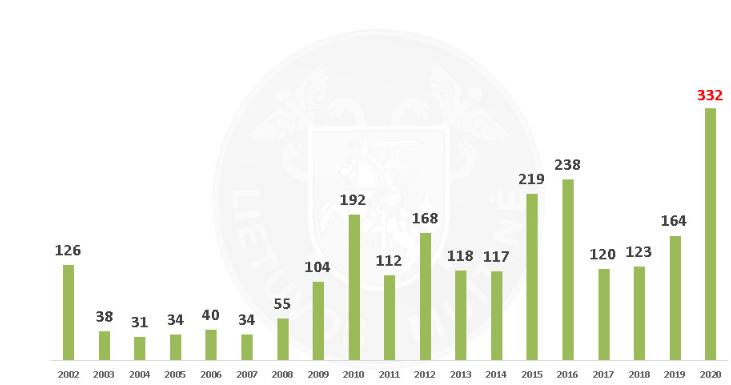