On January 20, 2021, customs officials and customs investigators at Vienna Airport checked a traveler who had flown from Tanzania via the Ethiopian Addis Ababa to Vienna on the basis of a risk analysis. The 56-year-old man who was about to leave the luggage area through the green canal was caught by an experienced officer. To check the traveler, his suitcase was x-rayed and opened and examined more intensively based on a suspicious image.

It quickly became apparent that there were animals in the suitcase that can camouflage themselves well in nature, but ultimately did not outsmart the X-ray machine: the officers discovered several smuggling hiding spots such as socks and plastic cans in which 74 species-protected chameleons were smuggled. 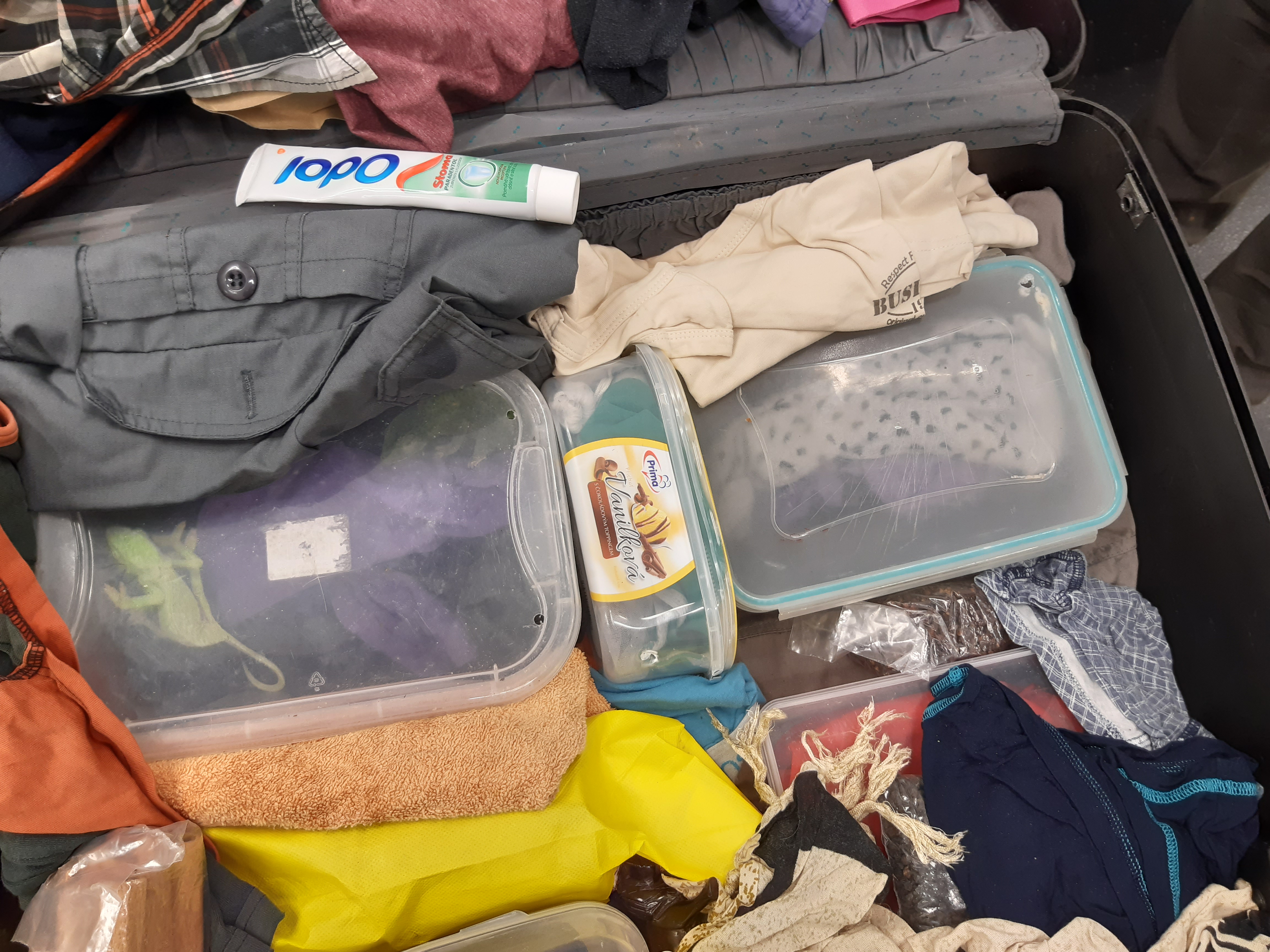