The webinar, attended by 296 representatives of Customs Administrations of 30 countries represented in the WCO Europe Region, was intended to improve knowledge and expand close cooperation in the field of drug trafficking, to draw attention to existing and potential problems in the region and to unite efforts in the fight against smuggling. Deliberations also focused on international drug trafficking, area of distribution, current transport channels, new, unusual and possible means and methods of drug smuggling as well as the latest achievements, best practices, challenges and future developments in the above areas.

In his opening remarks, Mr. Eser ÇENGEL, Director of the ROCB Europe mentioned ROCB Europe as a capacity building center in the region, implements appropriate support measures for the customs services of Member Administrations, taking into account their needs. It was noted that the interest in the webinar on "Priorities for strengthening international cooperation in the fight against smuggling", which took place in March last year, is one of the main factors in holding today's webinar.

Speaking in the webinar, Deputy Chairman of the State Customs Committee Askar ABDULLAYEV spoke about the importance of the webinar and noted that despite the COVID-19 pandemic, the drug situation in the world and in the region has become more complicated, according to reports released by relevant UN agencies. In this context, the Deputy Chairman of the Committee stressed the importance of this webinar, which is dedicated to drug trafficking, its distribution area, channels, methods and techniques, as well as best practices, achievements, problems and effective organization of the fight against drug trafficking.

Mr. Mirhasan SEYİDZADE, Executive officer of ROCB Europe, spoke about the activities of the ROCB Europe to develop and strengthen international cooperation, the importance of interaction and regional discussions in the fight against drug trafficking.

Speaking at the plenary session on "Achievements in combating drug trafficking", Mr. Masum RASULOV, Head of the General Department of Intelligence and Investigation of the State Customs Committee of the Republic of Azerbaijan, said that as a result of large-scale projects implemented in recent years, Azerbaijan has become a major transport hub in the region. The volume of cargo, passengers and vehicles transported through the corridors has increased. He stressed that drug traffickers are also trying to use the convenient transport infrastructure, and as a result of decisive measures taken to prevent these attempts, in 2021, 55 cases of illicit trafficking in drugs, psychotropic substances and their precursors were revealed.

At the end, there was an exchange of views on the issues discussed at the webinar, and participants' questions were answered. 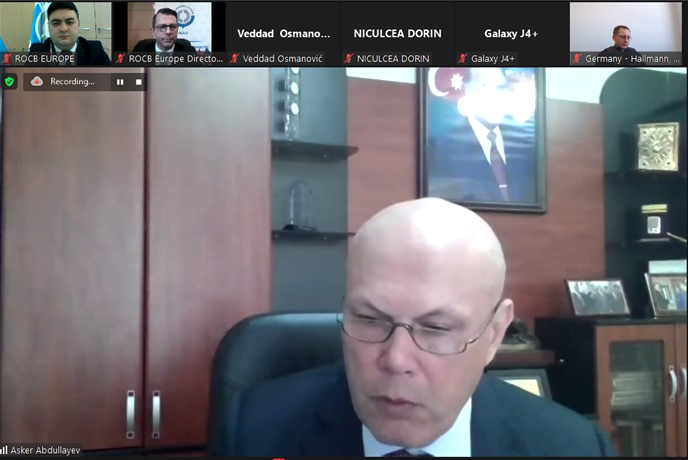